We have put together a list of songs that have stood out for a plethora of reasons. Please take the time to invest and immerse yourself in them:

Interpol: If You Really Love Nothing

It’s been wonderful having the trio back and their latest album has presented a number of gems including this one. We were lucky enough to catch the band at Hyde Park supporting The Cure and they were one of the day’s highlights. Interpol always manage to seek collaborators who create something cinematic within their videos and it’s a real pleasure to watch. This is meticulously presented indie rock and has kept the idiosyncrasies that the band have threaded throughout their music. This is not only rewarding to watch, but a rewarding listen too.

Paul Smith: Around and Around

Another of the big indie hitters on our list and Smith’s solo album Diagram has proved fruitful. BBC 6 Music has staunchly supported his latest single which “aims to highlight the futile merry-go-round of political spin”. Musically speaking, this is cotton candy for the ears. With rich melodic passages and a real fluidity in Smith’s vocal performance, he maintains an endearing performance with unforeseen depth.

The Peckham 4-piece have emerged with the glorious ‘Always Settling’. This may be the band’s first single, but it feels as if they have been around for years given their mature and flawless delivery. A beautifully crafted song, there’s an abrasive intimacy here. Its melodic parts are sweeping, there are majestic strokes of euphoria and its lyrics are tinged with a real melancholy. This is one of the finest debuts I have had the pleasure of listening to.

Having been on a two-year sabbatical, the Isle Of Wight indie outfit return. Injected with ribbons of psychedelia, there are vertiginous swathes of rainbow melodies replaying throughout which elevates this to another level. There is so much to this song that it will take several listens to even start to appreciate its composition. This is exquisite.

This is potentially the most lingering and affecting song on our list. Composer and musician, Aaron Carroll Hodges is the name behind the moniker and our first taste of his work is not just ponderous riffs, but a haunting soundtrack. There is something delightfully curious about this and he manages to craft a darkness which at times is so unsettling, you lose yourself. Hodges is managing to pioneer a new blend of doom and it’s sensational.

The mysterious New York duo return with their finest release to date. We have developed a fascinating addition to the 2-piece and their production values alone are incredible. A brazen, bright and bold electro-pop anthem that has a hook so powerful it will be humming in your head for days. This is stadium-worthy and a song that helps highlight an outfit not only producing striking new music, but also one that should have collaborators queuing up to team up with.

Brighton has exported yet another remarkable band in the shape of White Room. Their latest single ‘Shoot‘ could almost be mistaken for a collaboration between Roxy Music and Talking Heads. With its slamming percussive backbone and sultry backing vocals framed by an intriguing frontman performance, there is nothing forgettable here. This is a band making their mark and leaving you feeling fresh and alive.

Holly and Coco Chant are the two sisters behind XYLAROO. Their soul, R&B tone is effortless and their latest release, ‘Stranger Than Love’ is both confident and tender. Now based in London and given a platform thanks to Rob da Bank and Sunday Best Records, they are immediately captivating. Their singer-songwriting capabilities are unique and they draw on a deeply honest approach in their delivery. This is delicious and showcases a duo that is uninhibited in their craft.

The Spanish native now resides in London and joins an already impress Beatnik Creative roster. There’s an emotional truth that flows seamlessly through her delivery and songwriting. MAVICA stands out in a saturated field of singer-songwriters by exposing her fears and vulnerability. Her vocal is an interweaving of lush harmonies and the build within this song will leave you not only satisfied but thirsty for more. 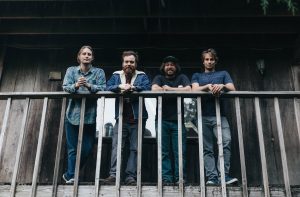 Podcart’s Halina also covered this song for Fresh On The Net recently, so it’s a real pleasure to be able to promote it further. The singer has spent a notable amount of time touring Stateside and a brief relationship led to this song. The singer-songwriter manages to craft strong emotions left by a broken relationship. It’s a thought-provoking piece with moments of melodic magnificence. Kaplow’s vocal is a sentimental bonus.